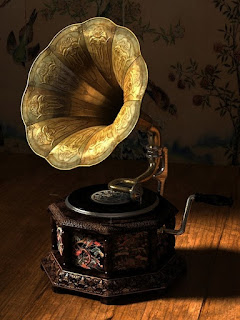 It's Sunday 30 June, which means there are only 50 days until The Bone Season is published in English. I'm so happy to finally share this special milestone post with you: the soundtrack(s) to the novel.

Music is key to my writing process; I spend a lot of time with my headphones on. The pseudo-Victorian setting of The Bone Season allowed me to introduce lots of lovely old music into the narrative via the gramophone in the Founder's Tower, where Paige is forced to share a living space with her Rephaite keeper, Warden. One of the ways I try to connect the past with the future in the story is through anachronism, and weaving in some tunes from the eighteenth, nineteenth and twentieth centuries helped me create an ‘old world’ atmosphere.


Apart from Fantaisie-Impromptu and Komm, süßer Tod, the songs from the book are all mentioned by name. Fantaisie-Impromptu is the Chopin piece mentioned in Chapter 27 of the final version of The Bone Season – it doesn't appear in the ARC – while Komm, süßer Tod is the piece I envision being played by Warden on the organ in Chapter 26. If you have RainyMood playing in the background, you'll be listening to exactly what the scene sounds like in my head. Not all of the songs on the inspiration soundtrack were used for specific scenes – some suited the tone, or put me in mind of a particular aspect or theme (for example, The Lion and the Wolf for me is about the Rephaim and Scion) – but some of them were playing while I wrote.

Just a quick note on using music in novels: although it's fine to use the names of songs, never put lyrics in your book unless you've got [a] a really good reason and [b] legal permission. In other words, you can make up your own lyrics, but for God's sake don't use Lady Gaga's.

On the subject of book soundtracks, check out the fantastic book blog Novel Sounds, which combines book reviews with music. I'm a little bit in love with it.

See you next week!