The Evil Editor (or not)

After hours of unpacking I'm finally back in my room at Oxford. This is my second to last term. I'm going to have to get a lot of studying under my belt: my exams are early next term, and I'm seriously lagging behind my workload. Editing The Bone Season took a bit longer than expected, so I'm going to have to work twice as hard to keep up this term. But first,my long-overdue summary post on editing.

And hey, look what I found! The very red notebook in which I scribbled my first scene drafts for The Bone Season. 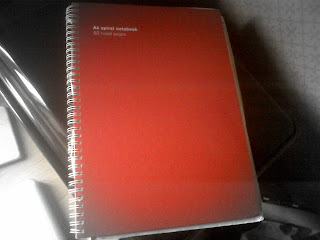 
"I hate editors, for they make me abandon
a lot of perfectly good English words."


On my travels through the blogosphere, researching other people's experiences of editing, I've discovered a few articles talking about the Evil Editor myth. Sometimes the Evil Editor is that little voice in your head, telling you that every word is wrong, your story sucks and you're a worthless idiot who can't write for shit. But since the arrival of self-publishing, a new Evil Editor has emerged: the real, paid editor in the publishing house. Now that authors can put their work into the world themselves, editors are seen by some as the gears of the corporate engine that will butcher your work in order to make it a super-successful cookie-cutter, stripped of all your art and originality. Yet many self-published and aspiring authors still seek editors. Freelance editors abound, offering their services to writers.

I don't claim to know what editors are like at other publishing houses, but nobody at Bloomsbury has tried to turn The Bone Season into a cookie. (Although I do wonder what kind it would have been. Chocolate chip? Garibaldi?) All three of my editors have been brilliant in helping me get the book into shape. Having their eyes on it has made it so much better. They helped me clarify the setting, push the limits of the world and clean up the prose. The result isn't perfect – no book is perfect – but it's now much closer to what I envisioned at the beginning: a readable book. In essence, that's what the editor is there for: to make sure your book is accessible and clear to readers. And the readers are the people that you, the writer, should care about the most.


Editors work on your book because they love it. They want to make other people love it. They're going to be spending a long, long time on your book: marketing it, sitting in meetings about it, reading it. (I was actually worried for Alexa's sanity, having to read The Bone Season as many times as she did. Fortunately she was very nice and said she never got bored of it.) They don't want to change your work, certainly not to the extent that it's unrecognisable. The publishing house wouldn't have bought it if they didn't see something in it that they loved – something unique to you. The editor wants to help you develop your style and bring out the best in your writing. It's a balancing act, a collaboration between your writing and the editor's eye. Of course, it's vitally important to make sure the novel doesn't become anything you don't want it to become – but thinking the editor's going to butcher it just doesn't make sense. If your editor starts telling you what to write, or expressing fear that your novel is too 'different' from other novels, then yes, that ought to get your heckles up. The important thing is to be open to constructive criticism and to listen to your editor's advice.

The editorial relationship should be one of mutual respect. The editor should respect your right to refuse. You, in turn, should respect the editor's experience, skill and opinion. Alexa never told me to do anything with The Bone Season. Nor did Alexandra. Nor did Rachel. What they did was pose questions and voice their thoughts. In return, I considered each of their suggestions carefully before I decided to say yes or no. I've been surprised and relieved by how little pressure they put me under to change anything.

If your editors try and force you to make changes you really don't like, that should be a warning that this editorial relationship might not work out. It's quite possible that the cookie-cutter approach is employed by certain publishing houses (e.g. Mills and Boon), and you should be careful if you don't want to go down that path. But for the average publisher, the idea of a cookie-cutter doesn't appeal. It's not exactly going to get them glowing reviews if they pump out the same novels every year, like some giant book-belching automaton. It's an industry made up of real flesh-and-blood people who can give subjective opinions. If they wanted the same thing every year, all books would be written by machines.

I did five or six edits on The Bone Season. The first batch of notes was very short: Rachel sent her thoughts from a US perspective, while Alexandra and Alexa picked up on typos and clunky syntax. Those were easy to tackle, but later edits involved bigger, structural changes. I love editing – there's something therapeutic about cleaning the dust off your manuscript – but when you introduce deadlines into the equation, those structural edits seem impossible to finish. One particular deadline exhausted me; I had to skip a big chunk of sleep to meet it. Imaginarium also sent several pages of notes, which prompted me to rethink the climax of the novel and take another look at the beginning. They gave the book to a small group of trusted readers to highlight anything that seemed confusing or needed more explanation. It was incredibly helpful to know what readers thought of the first chapters, as after reading it several times, both Alexa and I no longer had fresh eyes. Justine, my copy-editor, also went through the manuscript to eliminate typos and pick up on any inconsistencies. And boy, were there some inconsistencies after all those edits. Sometimes I'd changed a scene and then forgotten to edit some of its repercussions in other scenes, so I had leftovers that didn't make sense. I still worry that some of them might have wriggled into the final MS, but hopefully the proofreader will snag them if they have. Overall, I've really enjoyed the process, and my editors have been wonderful to work with.

Being edited can be tough. For most of us (with the possible exception of Samuel Johnson), writing is more than just a job; it's a hobby, a passion, a lifestyle. Your book is like your baby, and no matter how tough you are, it can still make you flinch to see red marks on your manuscript. But remember, your editor is trying to help, not hinder. Your vision is the same: to create a book that readers will enjoy. So long as you keep that shared vision in mind, a good edit will be the best thing that ever happened to your book.
Labels: editing hot topic stages of publishing