Tunes from the gramophone

On Monday I went to central London to see the cover designs for The Bone Season, both hardback and paperback. It's killing me not to give any details, but I love them. I cried! David Mann at Bloomsbury is a genius. I understand the public reveal will be soon, so hopefully not too long to wait now.

Alexandra is back from Delhi and has finished reading the edit. She says the ending is much stronger, which I'm pleased about. More news on that soon. The next round of edits shouldn't take too long.

I'm still hard at work on the sequel, taking day-long breaks to read for my degree (just finished Evelina by Frances Burney, surprisingly hilarious). I want to get a big chunk of it done before I return to uni in October, as the deadline for the second book is December 2013, which leaves me only a few months after I'm due to graduate. It's going well so far, very fast-paced. I think I'm going to enjoy it even more than The Bone Season.

Do you often listen to music when you write? Does it have to match the rhythm or the style you're writing in and does it impact your actual writing?

Yes, I do. Not always – I often find it too distracting – but it helps me get in the right frame of mind to write a scene. I choose music that matches the mood of whatever chapter I'm working on. From time to time I find it more helpful to listen to music before I write and soak up the mood of a song, then cut the sound and write in silence. 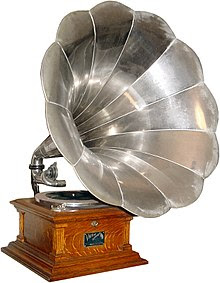 I'm going to use this question as an opportunity to natter about my music taste in general. When people ask me what kind of music is on my iPod, I wait for them to blink, look confused and ask me if I can repeat that. When I do repeat it, they smile and nod. Nine times out of ten, a change of subject follows. Everyone has the odd embarrassing track on their iPod, but mine is stuffed full of the sort of music you get in film trailers, along with a bunch of songs my grandparents might have listened to when they were young. Genres I enjoy are shoegaze, dream pop, epic, trailer, film score, vocal trance, classical and post-rock.

I'm obsessed with old-fashioned music. Really obsessed. I'd love the world to revert back to the early twentieth century and make more music like this. Sit me down with Billie Holliday, The Ink Spots, Frank Sinatra, Bing Crosby or The Chordettes and I'm happy as anything. There's something so chilling, and yet so chilled-out about that music. I've been wanting a real horn gramophone for years. 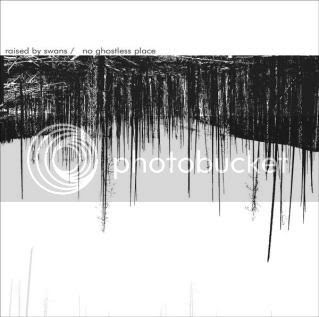 My favourite modern band is Raised by Swans. They're a Canadian alternative rock band with two independent albums: Codes & Secret Longings (2005) and No Ghostless Place (2010). The second album was my soundtrack as I worked on The Bone Season. They're so underrated! I write a lot about dreaming and spirits and general otherworldly things, and I've found this band so helpful in getting my mind in gear. It's hard to describe why their music affects me so much; I think it just strikes my creative chord. It's haunting and beautiful, with a good, calm beat.

I also love film and TV soundtracks. I suppose they're written for the purpose of supporting a story, so they work well for writing novels. The score for The Tudors is one of my favourites, along with Hans Zimmer's score for The Da Vinci Code and anything by Steve Jablonsky. It's taken me a while to narrow it down, but if I were stuck on a desert island with only a notebook, pen and 15 songs on my iPod, this would be my selection:
1. We Were Never Young - Raised by Swans
2. Merchant Prince - Thomas Bergerson
3. Guilty - Billie Holiday
4. My Prayer - The Ink Spots
5. Black Balloon - The Goo Goo Dolls
6. By an Ion - Raised by Swans
7. Some Velvet Morning - Lee Hazlewood & Nancy Sinatra
8. And I Will Kiss (feat. Dame Evelyn Glennie) - Underworld
9. World of Dreams - Future World Music

It's an eclectic mix, but those are the tracks that never fail to get me writing. I'm also a big fan of the unreleased tracks made by Evanescence before they got signed. They're available to download for free here, with the band's blessing. It's very dark and experimental. Definitely worth a look if you're a fan of the band.
Labels: editing gramophone music Writing