It's the end of my second year at uni. That went by in a flash. About 80% of the student population has gone home, or gone travelling. I'm still in Oxford, typing away at my coursework. It's almost done; I just have to face all the nit-picky editorial things like how to include appendices and perfect the footnotes. I'm itching to go back to London for the summer. I'll be home in Ruislip on Friday.

My book-related schedule for the next few months is already laid out. The first edit of The Bone Season, which I'm working on at the moment, has to be finished by the end of July. I thought this sounded like a long time when Alexa first told me, but looking at the state of the manuscript at the moment – fragmented, bits deleted, covered in comments – I think I'll be cutting it very fine. Alexandra and Alexa will read the edited manuscript and give me feedback in August. The final manuscript will go to a copy-editor in the first week of September; it will be returned a month later. The manuscript will then go to the production department for typesetting. Typeset pages will be done by mid-November, and the first bound proofs of the novel should be done by the end of 2012. It's such a long process! I had no idea when I gave the manuscript to my agent that it would take over a year to get the novel published. Alexandra told me the manuscript was very 'clean' compared to many she's seen. I can't imagine how much longer it might have taken if there were, say, double the number of edits to do.

I was talking to a friend who attended the Hay Festival this year, and she said that an author there had given a tongue-in-cheek talk about editing. He'd said that when you hand in a novel, it's perfect, and when the editors get their hands on it, it is no longer perfect: they make changes and essentially ruin your work. I was very surprised. I don't know if it's the same at all publishing houses, but Bloomsbury have given me a huge amount of free will to exercise during the editing process. The editorial notes are suggestions, not ultimata. The vast majority of them I agree with; so far the changes I've made have been hugely beneficial. A single change, something as small as a word or a name, can effect the whole tone and flow of the story – for example, changing the fashion sense of one character made her a lot more threatening than she was before. If I don't agree with a suggestion, I'll discuss it with the editorial team and we can compromise.

Surprisingly, my US editor, Rachel, said she found the manuscript very easy to read from an American perspective. Two 'British' words cropped up, which she suspected might cause a double-take: chipolata and naff. As they were superfluous words, I just removed them from the manuscript. 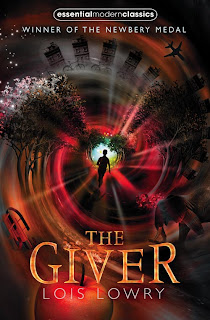 After reading everyone's comments, I've made myself a summer reading list. To say I'll read them all is probably a bit optimistic, but I'll try. I've already read The Giver by Lois Lowry, winner of the 1994 Newbery Medal. It's a dystopia in which everyone has conformed to "Sameness", which has removed the colour, freedom and emotional depth from their lives. It was a great read – a little slow at first, but it picked up very quickly. I loved the use of colour in it, and there was a twist that really chilled me. I might give it to my eldest sister to introduce her to dystopian literature, as it's aimed at children. There's even some activities on the last few pages of my version that help introduce children to the genre. Thanks to Ryan Towler for suggesting the book.

So here's the (optimistic) reading list. These were all such fantastic suggestions – thanks so much for letting me know about these books!

I'm going to Bloomsbury's launch of The Uninvited in July. It looks like a fantastic book. I've also got a lot of Emily Dickinson poems to work my way through, and I need to re-read a lot of Jane Austen. I sense this is going to be a very literary summer. Dickinson is my topic for Paper 7 next term, which involves writing an extended essay.

By the time I post next, my coursework will be over. This is a happy thought.
Labels: book recommendations editing